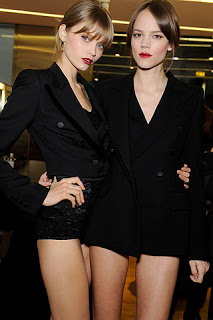 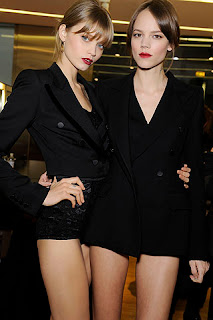 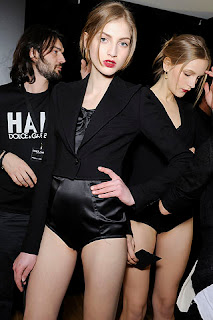 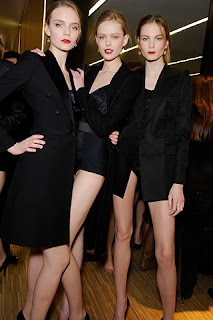 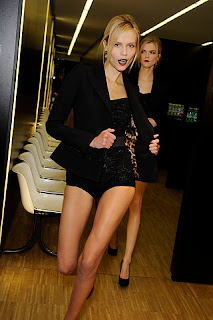 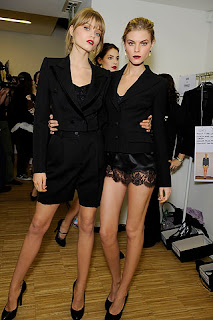 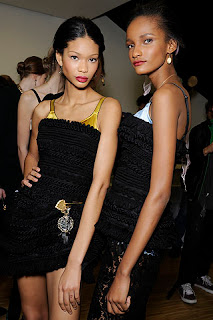 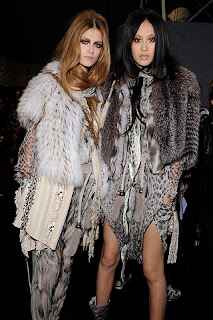 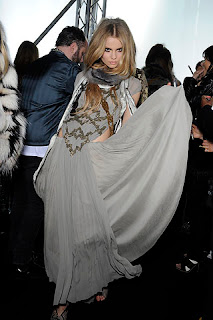 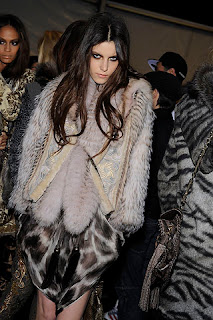 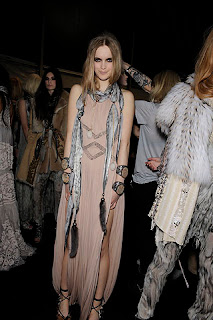 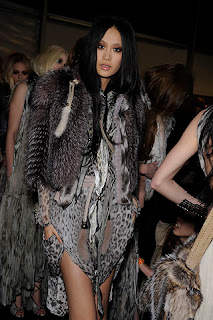 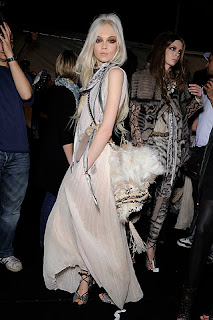 (style.com)
Milan Fashion Week is where I hope to find bold and sexy collections all presented in immaculate order. My favourite A/W 2010 representations were seen at Dolce & Gabbana and Roberto Cavalli. The collections were striking, provocative, and incredibly enticing.
Dolce & Gabbana‘s A/W 2010 collection has been widely reviewed as one of the most emotional shows. At the end of the catwalk, a video was played presenting their audience with the intricate, authentic way they produce their clothes. I was drawn to their simple finale, an ode to classic tailoring, and graceful sex appeal. Sometimes we just want wearable, stylish clothes that will last a lifetime.
I have not particularly noticed Roberto Cavalli’s collections the past few seasons, but this show instantly captured my attention. He has managed to produce boho, modern gypsy at its best. I am captivated by the layered fabrics, sheer prints, draped silhouettes, and touches of fur. They are looks weirdly suitable for both a fabulous party, or a run through the wilderness.
Best of Italy was last modified: March 1st, 2010 by ChristingC
Uncategorized
7 comments
0
Facebook Twitter Google + Pinterest

she keeps her secrets tied to her...

a few nights back…