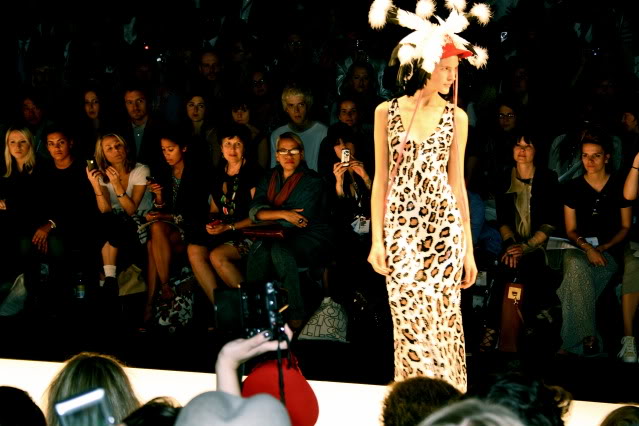 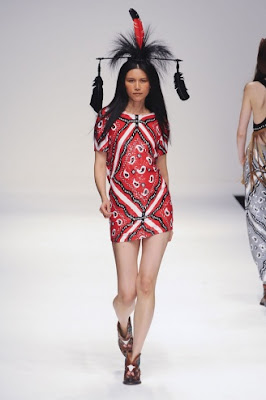 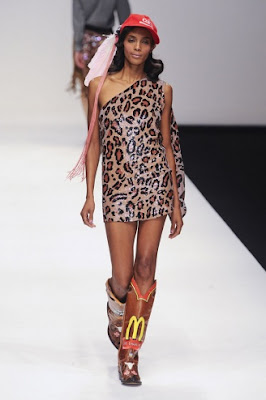 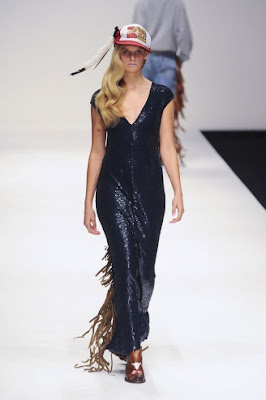 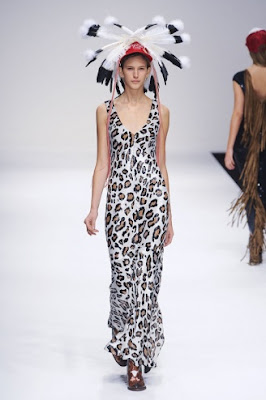 (elleuk.com)
Ashish never fails to throw a party and this season was no different.  With a pop songstress littered front row ( I spotted Marina from Marina and the Diamonds, Pixie Lott, Paloma Faith, and my personal favourite, Diana Vickers) the excitement was evident before the old school hip hop played across the catwalk.  The collection, appropriately named Rodeo Drive, brought a playful hybrid of cowgirl meets Native American meets kitschy Americana all dipped in a sea of sequins.  Models enthusiatically strutted to the catchy beat, and appeared to be enjoying the show as much as the attendees.  I have always been a sequin fan, never expected be captivated by a leopard print, sequin evening gown, and have found myself determined to snatch the one shoulder leopard mini.  I am sure most left the show with a smile, and maybe even wondering if it’s time to pull out those trucker hats again.

lured with a silent wave

it could be that easy

she stared in a state of amazement…