she luxuriates in the unexpected… 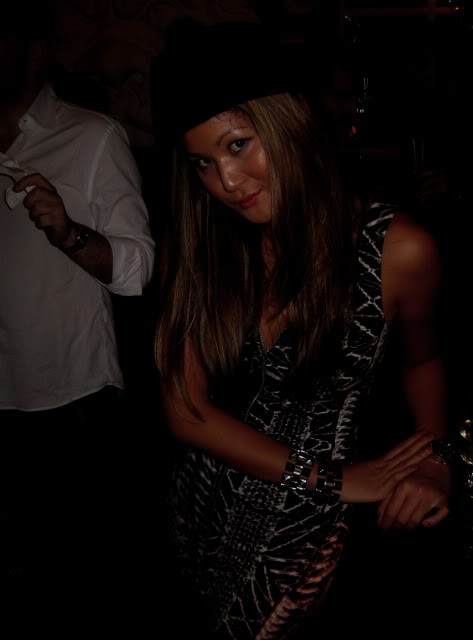 Topshop skeleton dress and H&M hat.
(I was aiming for a ‘day of the dead’ ish themed outfit.)
Last night became a slew of impromptu events. After waking late afternoon without food or costume, the boy and I dragged ourselves to Westfield (our nearest shopping mall) intending to solve both problems. Unfortunately, due to extreme hangovers and headache triggering mall lights, we were not successful at either mission, and returned to bed empty handed and nauseous. The downward spiral continued when attempts were made to keep down food, and appear party presentable while moving in slow motion. When securing a taxi on a rainy Halloween night proved impossible, we admitted defeat and headed home for our very own two person, vodka and orange juice party. The remainder of the night included loud singing and dancing to music videos, a two minute run through rain to crash our local bar’s (Beach Blanket Babylon) Halloween bash, and returning home buzzed and ravenous.
Why are all of my favourite nights always the most random?
she luxuriates in the unexpected… was last modified: November 1st, 2009 by ChristingC
Uncategorized
9 comments
0
Facebook Twitter Google + Pinterest

she was suprised to glance back…

she barely feels the chill…

how did i live without you