she favors tequila over sleep… 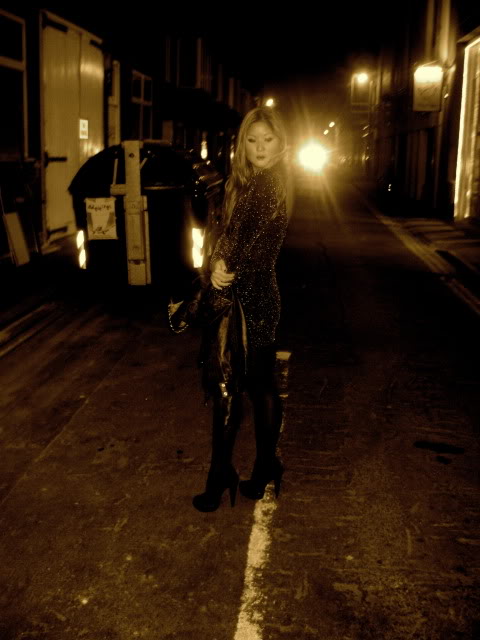 Topshop dress and boots.
The boy and I are still recovering from the whirlwind that was Saturday night. I find it impossible to resist memory streaked reunions fueled by tequila, smiles, and vodka soaked discussions. I scattered two drinks, giggled incessantly, and consumed more limes (accompanied by tequila of course) than I can count. The blurry night wound to a close in the early A.M. as we found ourselves in bright light, and deserted streets. The only downfall was a pounding headache and complete lack of sleep, but little sacrifices must be made in the name of a fabulous party.
she favors tequila over sleep… was last modified: October 19th, 2009 by ChristingC
Uncategorized
17 comments
0
Facebook Twitter Google + Pinterest

she enjoys the familiar with an added edge…

until we said goodnight

she often resides in a world of...

she will have one of each please…

a break in the cloud