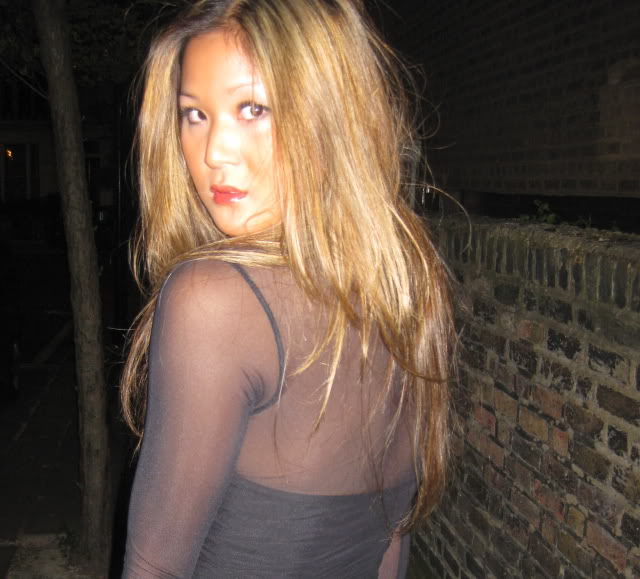 American Apparel dress and bodysuit, Jimmy Choo clutch, Steve Madden boots
She awakes from her afternoon nap in a slight haze, moving her hands across the bed in search of her iphone. She desperately hoped it was not evening, and knew they would be late for yet another dinner reservation. Her wishes were dashed as the the untimely hour was revealed, knowing she would be forced to run in heels for the third time that weekend. Her feet reluctantly pressed upon the cold floor, as the boy groaned at the thought of waking. The routine of throwing garments, squeezing past each other into their shared bathroom, and flustering their nervous dog commenced immediately. She rushed across the room commending herself for pre-picking an outfit that morning. After sliding into her silky, sheer dress, her hair was quickly unraveled from its usual bun, and glistened with a spritz of shine spray. The look was finished with a smudge of black eyeshadow and a bright slick of red gloss. They bolted out the door and were almost on time.

wish you were here…

love is of source unknown